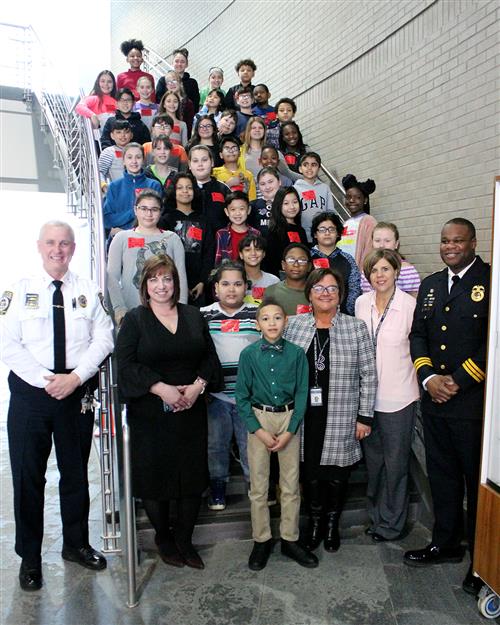 Fifth-grade student Christian Major recently had the spotlight on him after doing the right thing.

The Walt Disney Elementary School student was highlighted during a Channel 10 broadcast for earning a Do the Right Thing Award. (Click here for the video.)

Major was presented with the award during an April 11 ceremony at the Public Safety Building. Two Disney classes joined their peer at the for the ceremony.

After watching a special on television about a girl who committed suicide, Major and his parents had a discussion about this difficult topic. About a week later at school, one of Major’s classmates made a statement that caused Major to be concerned for his friend’s well-being. Major immediately went to a trusted adult at school and explained what happened. As a result, Major's friend was able to express their feelings to the appropriate school staff and family members.